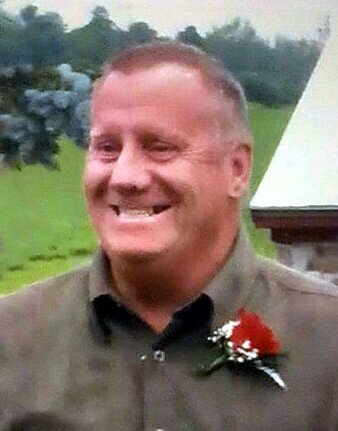 The funeral will be live-streamed, please click here to view the service.

At Wingham & District Hospital on Friday, October 7th, 2022, Owen Curtis of Wingham passed away unexpectedly at the age of 72.

Owen was best known in the Wingham area for many things, one being his large Christmas light display, showcasing over 112,000 lights each year and attracting people from near and far. Loving Christmas like he did, Owen loved to dress like Santa himself for parades, the fire hall and special events that almost had him revealed at his grand kids’ school one year. Owen spent many years growing the largest pumpkins and sunflowers on his beloved farm but what he loved most was his family. He was the biggest cheerleader of his grandkids sports, arenas, ball fields or the rugby field and could often be found helping transport small animals for the vet clinic and driving others to appointments. He was also quite proud of his world record for climbing the CN tower stairs and back a few years he would race anyone he could in socks...work socks just to say he could! He faithfully volunteered his time for the Tim Hortons Camp Day and was always eager to lend a helping hand, no matter what. His mischievous smile, crazy antics, and his stories, most of which many would never believe, will be missed by everyone he knew. If everyone in this world had half the heart of this man, it would be a much better place to live.

Visitation will be held at McBurney Funeral Home, Wingham on Tuesday, from 2:00-4:00 & 6:00-8:00 p.m. with vigil prayers being held at 1:45 p.m. Mass of Christian Burial will be held at Sacred Heart Roman Catholic Church, Wingham on Wednesday at 11:00 a.m. Interment will take place in Wingham Cemetery.

In lieu of flowers, memorial donations to the North Huron Food Share or the Make-A-Wish Foundation would be greatly appreciated.

Share Your Memory of
Owen
Upload Your Memory View All Memories
Be the first to upload a memory!
Share A Memory
Send Flowers