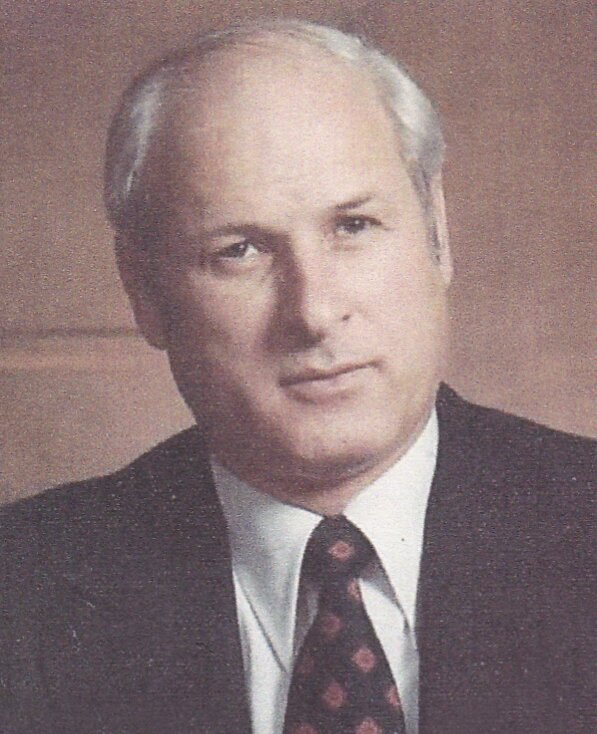 For everything there is a season, a time to live and a time to die – Ecclesiastes 3;2. Bob passed away at Huronlea Home for the Aged in Brussels, Ontario on April 17, 2022 in his 94th year. Predeceased by his beloved wife and best friend, Audrey nee Voelzing following 57 years of marriage on 30 July 2010. He is the cherished father of Karen and Geoff Sutherland of London, Jim and Sheila Ritter of Belleville and David and Michele Ritter of North Bay. Also survived by his adored grandchildren Leah (David) Stipsits, Scott and Nathan Sutherland, Heather Ritter (Colin Hall) and Paul Ritter, and Michael and Mark Ritter (Sarah Lounsbury).

Born in St. Jacobs, he attended St. Jacobs Public School and Kitchener Collegiate Institute. He furthered his education at the former Waterloo College UWO followed by secondary school teacher training at University of Toronto. While in university he served in the Canadian Officers Training Corps earning a Queen’s commission as a 2Lt. In 1952 he was posted for a NATO mission to Hannover, West Germany with the Royal Hamilton Light Infantry, 1st Cdn Rifle Battalion, 27th Cdn Infantry Brigade, British Army on the Rhine. After completing this posting, he accepted a teaching position at the former Wingham District High School where he taught for 31 years as a teacher, vice principal, retiring as principal of the F.E. Madill Secondary School in 1984. Bob was very active in local army militia where he spent 17 years with the 21st Field Artillery Regiment RCA retiring as the Commanding Officer in 1970. He was also active in community affairs and a long-time member of St Paul’s-Trinity Anglican Church. He served as a chairman of the Wingham General Hospital as well as the chair of the Wingham Hospital Foundation during its formative years. Being interested in library affairs he served on the Huron County Library Board as well as the Midwestern Regional Library Board in Kitchener.

Predeceased by his parents, Gordon Philip and Edna Maria (Steiner) Ritter, his sister and brother-in-law Rev. Arthur and Genowefy Conrad and his brother-in-law Malcolm Voelzing.

At Bob’s request there will be no visitation or funeral service. Cremation has taken place and a private family graveside service will follow with burial alongside his late wife, Audrey at the St. James Evangelical Lutheran Cemetery in St. Jacobs. In lieu of flowers, memorial donations to the Wingham & District Hospital Foundation would be appreciated.

Thank you for the very special care of Bob by Dr. Uniac, Rev. J. Todd, the nurses, PSW’s and staff at Huronlea during covid and especially during his final days.

Let it be said, “He fought the good fight, he followed his course, he kept the faith”, St Timothy.

Share Your Memory of
Robert
Upload Your Memory View All Memories
Be the first to upload a memory!
Share A Memory
Send Flowers