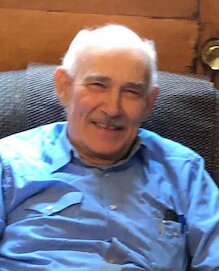 David loved farming and he loved airplanes. He grew up on The Beecroft Line in North Huron and practiced his love of farming on the Beecroft Century farm until 2020, managing the farm in partnership with his brother Jim after their father passed away. He cared deeply for his herd of grass-fed Red Angus cows and the calves they produced.

At age 17 he earned his private pilot's licence. His interest in aircraft began early and he knew as a teenager that he wanted to pursue a career in aviation. He completed his secondary school diploma at Central Technical School in Toronto, the only school in Ontario with an aircraft maintenance program.

Upon graduation he was unable to immediately find a job within the depressed aviation industry that existed in Canada at the time. So, he worked in agriculture as an Al tech with St Jacob's Artificial Breeding Co-operative for five years.

While he thoroughly enjoyed his job and the friends he made at St. Jacobs, he did not give up on aviation and in 1975 he was hired on with Wardair at Pearson Airport. For the next 40 forty years he worked to keep commercial aircraft flying first with Wardair where he became a member of the engine change crew, flying to wherever an engine replacement was required, then with Canadian Airlines and finally with Air Canada.

For most of his time with the airlines, David battled some significant health issues. He soldiered on, recharging his batteries at the family farm, Gillbank on his days off and during his vacation time.

Sadly, he was diagnosed with prostate cancer in 2018. He will be missed by his family and friends.

A graveside service will take place David’s birthday, Saturday May 13th, 2023 at the Wingham Cemetery with details to follow.

In lieu of flowers, memorial donations to the Wingham & District Hospital Foundation would be appreciated.

Services for David Beecroft
There are no events scheduled. You can still show your support by sending flowers directly to the family, or planting a memorial tree in memory of David Beecroft.
Visit the Tribute Store

Share Your Memory of
David
Upload Your Memory View All Memories
Be the first to upload a memory!
Share A Memory
Send Flowers