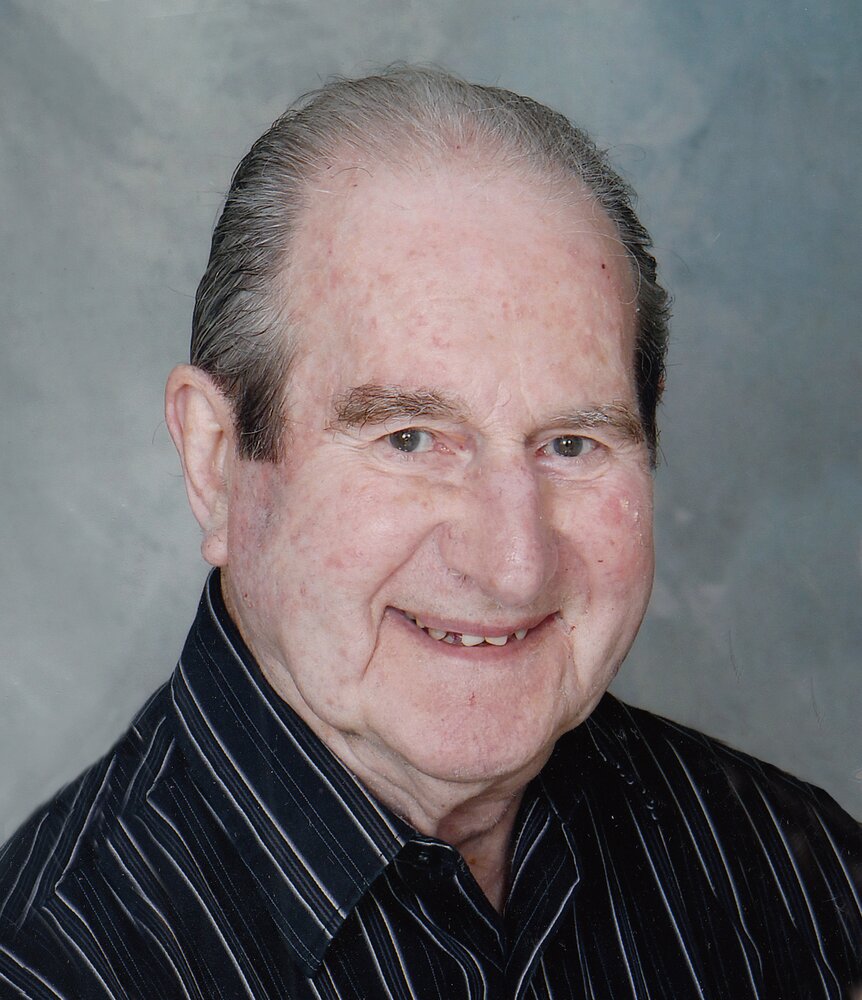 Peacefully on Sunday, September 11th, 2022 at Braemar Nursing Home, Gerald “Jerry” Smith passed away at the age of 92, one month before his 93rd birthday.

Jerry was born in Wingham on October 11th, 1929 at the family home on Carling Terrace, he later moved to Goderich and then onto Chesley as a young boy when his father died. He returned to Wingham in his teenage years and after completing grade ten he went to work. In 1962, Jerry was able to repurchase his childhood home and he and Ruth were very proud to raise their two children there. Jerry was an upholsterer at Fry & Blackhall for many years with his first project being for his Aunt Marg who wanted a chair done. He also worked for John Currie at the furniture store and Jim Currie in Estate Marketing as well as the Red Front Grocery Store before opening his own business out of his home as an upholsterer which he continued for twenty plus years with the help of his wife Ruth. In his spare time, Jerry taught evening upholster classes and also taught the boys occupational classes on Monday. He was a dedicated member of St. Andrew’s Presbyterian Church, loved to dance and enjoyed skating and playing shinny.

Visitation will be held at McBurney Funeral Home, Wingham on Wednesday, September 14th from 12:00 noon until the time of the funeral service at 1:00 p.m. Interment will take place at Wingham Cemetery.

Flowers are gratefully declined, in lieu please consider memorial donations to the St. Andrew’s Presbyterian Church in Wingham or a charity of choice.

Share Your Memory of
Gerald
Upload Your Memory View All Memories
Be the first to upload a memory!
Share A Memory
Send Flowers