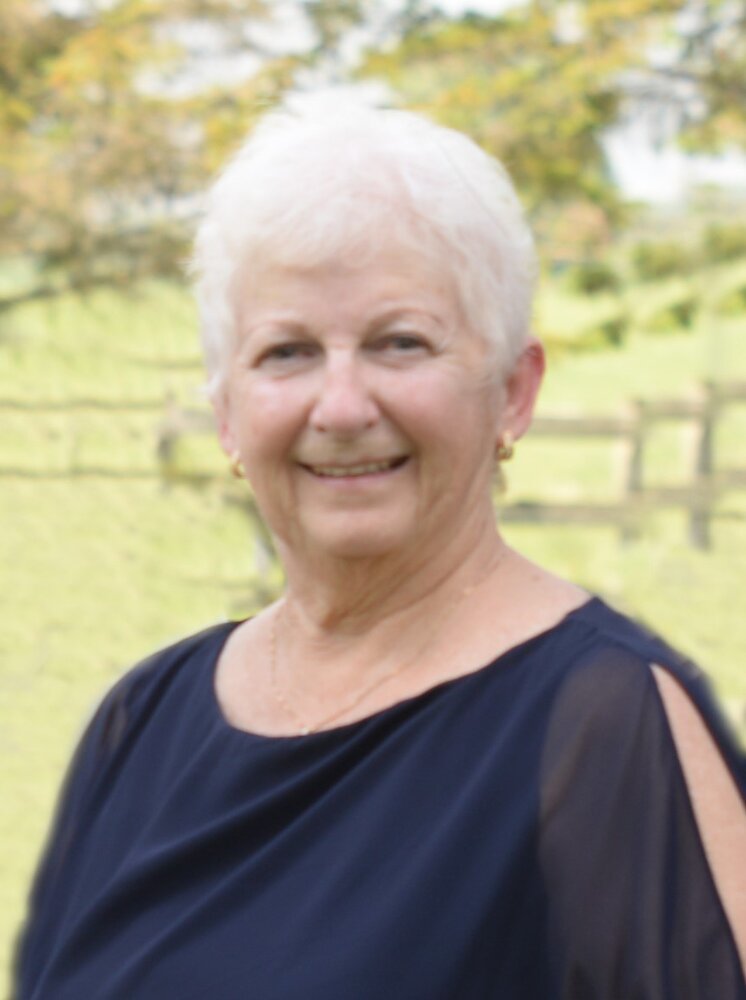 At Wingham & District Hospital on Thursday, July 21, 2022, Arlene Green of Wingham passed away at the age of 77.

Arlene was born in Flesherton on January 7, 1945. She married the love of her life on February 23rd, 1963. John and Arlene moved to Paisley for the first few years, then bought the butcher shop in Wingham from Percy & Jean Deyell in 1971. After two more moves and many expansions of Green’s Meat Market they finally “semi-retired” in 2005, after serving the needs of Wingham and area for over 30 years.  Arlene’s love of her family and her horses (not necessarily in that order) and her love of their farm was undeniable. John and Arlene’s entire life was spent working and playing together, whether it be camping, trail rides, or travelling. They were involved in many organizations including the Blyth Threshers Reunion, Gypsy Campers, and Chesley Saddle Club. Over the years Arlene strength and independence was put to the test many times with keeping up to John, handling long-horn cows during calving and battling and winning her fight against cancer in 2009. The last two years without John has definitely been Arlene’s hardest battle and without that bonded strength she wasn’t able to overcome her latest hurdle. Arlene was a dedicated, hard-working, loving Friend, Mom, Grandma and Great-Grandma and there will never be a day that goes by that she is not thought of with fondness and dearly missed by all who knew her.

Arlene’s funeral will be live-streamed, please click here to view the service.

In lieu of flowers, memorial donations to the Wingham & District Hospital Foundation – Oncology Unit or the Huron Pioneer Thresher & Hobby Association would be appreciated.

Share Your Memory of
Arlene
Upload Your Memory View All Memories
Be the first to upload a memory!
Share A Memory
Send Flowers