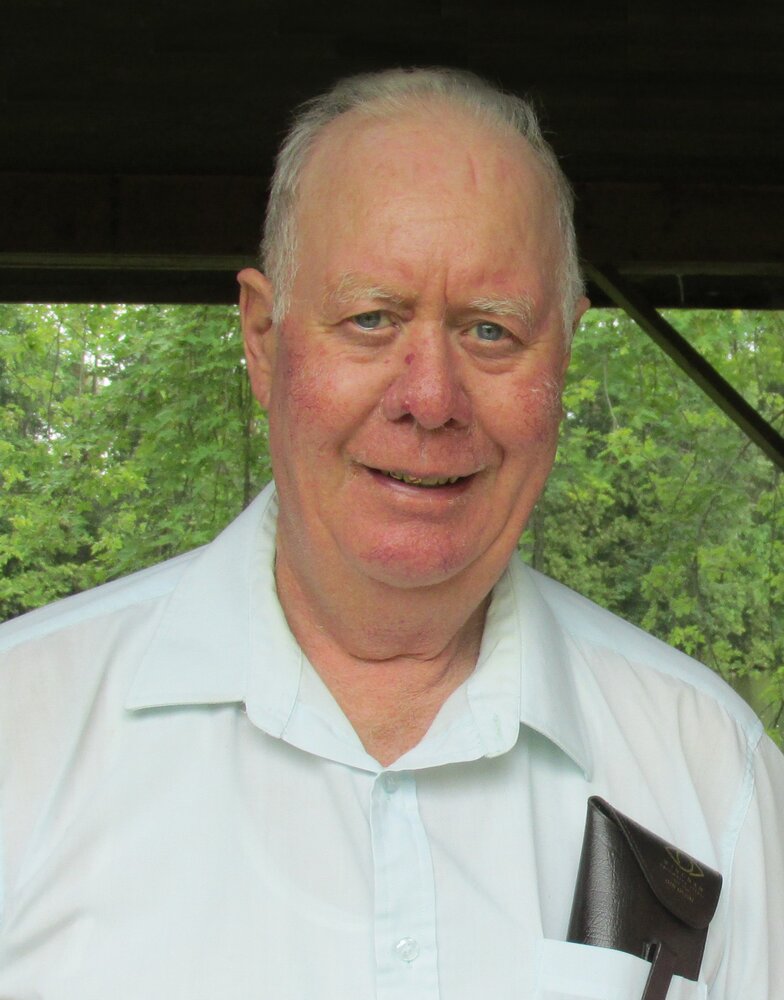 Beloved husband for over 62 years of Jean (née Parker).

Fondly remembered by his grandchildren: Ian (Carla), Alistair (Jenny), Andrew (Emily) and Janet, and his eight great-grandchildren: Malcolm, Alec, Arthur, Elliot, Ellie, Charlotte, Anna, and Cecil. He is also survived by many members of the extended Whytock and Parker families. He will be sadly missed by them all.

Predeceased by his parents, Alex and Ethel (née Bannerman) Whytock and his brothers - Everette, Lloyd, and Harold.

Visitation will be held at McBurney Funeral Home in Wingham on Friday, April 8th 2:00-4:00 p.m. and 7:00-9:00 p.m. A public funeral service will take place in the funeral home chapel on Saturday, April 9th at 10:30 a.m. Committal to follow immediately in the Wingham Cemetery, Holmes Line.

In lieu of flowers, memorial donations to Haddington House Trust (Africa) or Samaritan’s Purse (Ukraine) would be appreciated.

“The Lord will keep your going out and your coming in from this time forth and forevermore.” Psalm 121:8

Share Your Memory of
Carman
Upload Your Memory View All Memories
Be the first to upload a memory!
Share A Memory
Send Flowers