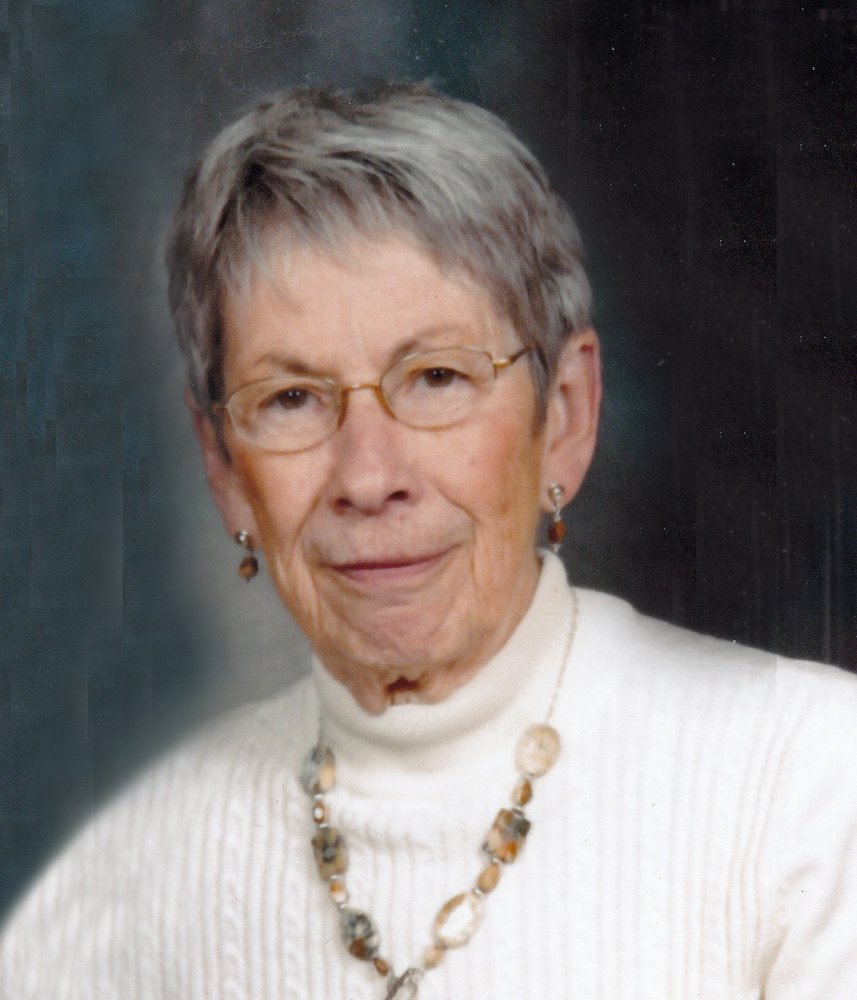 At Wingham & District Hospital on Wednesday, August 05, 2020, Phyllis McMichael formerly of Wroxeter and more recently Wingham and Lucknow, passed away at the age of 88.

Phyllis Agnes (Ford) was the beloved wife of the late Glenn McMichael who predeceased her in 2017. Loving mom of Marjorie Ann McMichael and David & Bonnie McMichael. Cherished grandma of Bradley and Michelle McMichael. Dear sister of Kathy Edgar and Joyce Rizzo and sister-in-law of Dr. William Murphy, Ron & Ethel McMichael and Lloyd Lamont. Auntie Phyl will be lovingly remembered by her nieces and nephews, as well as her extended family and many friends. Predeceased by her parents William & Marjorie (née Little) Ford, sister Marguerite Murphy, brothers-in-law Robert Edgar and Santo Rizzo and sister-in-law Shirley Lamont.

Phyllis was born in Normanby Township on March 21, 1932, the eldest daughter of William & Marjorie Ford. The family moved to Gorrie in 1946 and resided there until 1953 where Phyllis met Glenn at a Junior Farmer’s dance. They were married April 24, 1954 and settled west of Wroxeter where they farmed until 1994 when they moved to town. Both Phyllis and Glenn were actively involved in the Wroxeter United Church and its many committees for several years. When Phyllis wasn’t busy as a farm wife, she could be found baking her yummy pies, sewing, gardening, cross country skiing or entertaining family and friends. Most of all, she enjoyed family gatherings, many of which were hosted at “the farm”. Phyllis and Glenn downsized and took up residence on Carling Terrace in Wingham in 2007 where they met many new friends and joined the Wingham United Church.  For the final three years of her life, Phyllis lived a happy, contented life at Nine Mile Villa in Lucknow.

A private memorial will take place. Final resting place, Wroxeter Cemetery. In lieu of flowers, memorial donations to the Heart & Stroke Foundation, Alzheimer’s Society of Huron County or a charity of choice would be appreciated as expressions of sympathy.

Services for Phyllis McMichael
There are no events scheduled. You can still show your support by sending flowers directly to the family, or planting a memorial tree in memory of Phyllis McMichael.
Visit the Tribute Store

Share Your Memory of
Phyllis
Upload Your Memory View All Memories
Be the first to upload a memory!
Share A Memory
Send Flowers