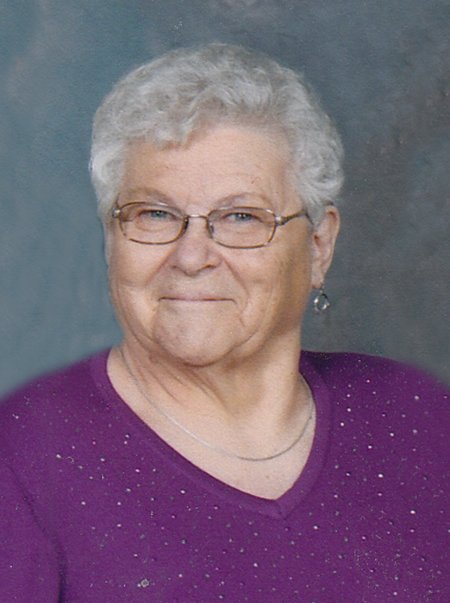 At her residence in Belmore, on March 28, 2020, Rosa Chambers passed away surrounded by the love of her family at the age of 78.

Rosa was born on January 20th, 1942 in Belgium. She married Jim on April 23, 1963 in Parkhill and they would have celebrated 57 years of marriage this April. She was a resident of Belmore for many years and an active member of McIntosh United Church. Rosa was the glue that held her family together being a devoted wife, mom and grandma. She was selfless, loving and kind-hearted and will be deeply missed by everyone whose lives she touched.

In light of current events, a private memorial service will be held on Thursday, April 2nd, 2020. A public visitation and celebration of Rosa’s life will be held at the Belmore Community Centre at a later date. Final resting place, McIntosh Cemetery.

In lieu of flowers, memorial donations to Juvenile Diabetes or the Wingham & District Hospital Foundation would be appreciated as expressions of sympathy.

Services for Rosa Chambers
There are no events scheduled. You can still show your support by sending flowers directly to the family, or planting a memorial tree in memory of Rosa Chambers.
Visit the Tribute Store

Share Your Memory of
Rosa
Upload Your Memory View All Memories
Be the first to upload a memory!
Share A Memory
Send Flowers